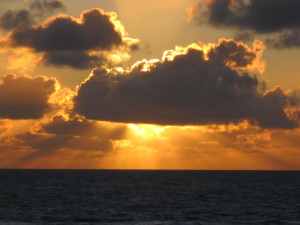 A couple of years ago I organised “A Wake for Justice”  and gathered some anecdotes from the legal professions in Yorkshire to show what legal aid lawyers really do.  Please add your own and share or gather your local stories and publish them where they may be more widely read:

We had a client who was charged with death by dangerous driving. He was a refuse collector and in poor weather he had reversed his lorry into a telegraph pole causing it to break and fall.  His co-worker and best friend had been on the street supposedly guiding the lorry.  He had gone out of sight and the telegraph pole fell on him and sadly killed him.  The client denied that he was driving dangerously and after a great deal of preparation, numerous experts reports and a trial (all publicly funded) he was acquitted.  An unfortunate case but justice prevailed!

From a client letter:

In one way I am glad that it is all over but in another way I will miss having the witty conversation with you, and I suppose the good thing about writing is that you can’t answer me back straightaway, I wish that there was something I could do to repay your kindness but all I can say is thank you and I am very grateful to you for now I have been given a chance to get on with my life. I don’t expect to be in any trouble in the future but then nothing in life is guaranteed – except my washing machine.”

I was called to a police station to represent a client for attempted rape. Leaving aside the offence for which he was in custody, he was a troubled man. He had a record of violence as long as my arm and had a history of mental health problems which made him unpredictable. I remember one incident was a siege where he was holed up the roof of WH Smith in York City centre.

The allegation was that he had turned up at the home of a woman who had been seeing a friend of his. The friend had ended their relationship. The client himself had also recently been ‘dumped’ and had turned up with a bottle of wine in his hand to ‘console’ the poor woman in her hour of rejection.  The prosecution case was that this had taken an unexpected turn when client had removed his trousers and tried to rip her clothes off and force himself on her. He had only left when she had dented his ardour with a firm boot to the crotch

One might be forgiven for having reservations when the client in consultation vehemently denied the allegation. All the warning signs were there. This was the sort of thing that he might do. He gave his account accepting going to the address in the hope that his attentions would be warmly received but left when she had made it clear that she wasn’t interested and there had been no physical contact between them.

Despite the protestations of the CPS lawyer the following morning at court he was granted bail. I have to say I doubted his account but did my best.

Several weeks later I got a call from a senior lawyer at the CPS. “The case against J is to be discontinued. The complainant is in police custody. Forensic tests have proved that she cut her own clothes and other evidence has proved that she made the whole thing up”

Spending 25 hours+ including analysing CCTV footage frame by frame in order to demonstrably prove a teaching assistant of good character did not steal £15. Cost to legal aid board – £203. Contribution to justice – priceless.

Client – a young man in custody on relatively minor matter –  calls distraught, in tears,  as he has been refused a special purpose ROTL to attend his Grandmother’s funeral.

Grandmother is not considered close, but Grandparents in “loco parentis” are.

Client had been raised by his Grandmother as his own Mother was a heroin addict.

His application lodged at time of death was responded to one day before the funeral, not in writing but via a prison officer who gleefully delivered the news. No reasons were provided.

Client had provided the only evidence he could regarding his Nan being “as his Mother” notably letters from the family etc.

We received instructions at 9 AM the day before the funeral.

I immediately lodged a pre-action protocol letter based on the breach of policy and the breach of our client’s Art 8 ECHR rights.

After about 45 minutes the Director of the G4S prison called me personally – in a panic. She confirmed she didn’t take kindly to being threatened, and I responded I don’t take kindly to my client being treated like an animal.. She granted the leave there and then, and apologised. Next time I have a feeling she will be more inclined to follow policy.

That same client may have self-harmed or worse had he been denied this small concession. His ROTL went well, he got to say goodbye to his Nan.

Attending at the police station for a female juvenile I had met in the youth court a few weeks earlier. She had not been a great talker and described by YOT as “difficult”. I knew she had been shifted from care home to care home and just wanted to return to Leeds to be with family and near her mother.

She had run away from her care home and rather than try and help or return her to the care home, the police had decided to arrest her for assault when they tried to place her in the police van which was of course unlawful. I made reps and was pleased to see she was immediately released without charge. She made the transition back to her mother where she wanted to be all along. I have seen her change from an angry young girl full of attitude she has grown into a delightful articulate young woman.

With many thanks to those who shared the above and in recognition of impact your work had on your clients.