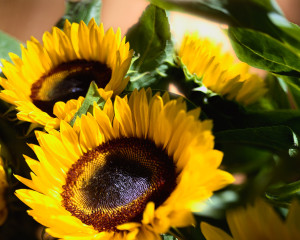 Say It With Flowers

Leeds City Council approached me to gauge whether No.6 would be interested in sponsoring hanging baskets in the city centre. Initially, I was very dubious but requested some details on costs and possible locations.

I couldn’t believe our luck when I saw the map. I realised how cost effectively we could position ourselves audaciously within the physical centre of the legal market. This would allow us to create impact, promote brand awareness and position us as a chambers with a cutting edge.

I met with one of the directors and went to a conference room where I spread out the map and explained the idea. The now Honorary Recorder of Lincoln circled our 24 target posts with military precision and much laughter.

Our striking No.6 logo duly appeared overnight up and down both sides of the pedestrian area outside the Leeds Combined Court Centre, on the main road in front of the Town Hall Tavern and a rival chambers as well as creating a splash outside Coverdale House.

The reaction from other chambers and solicitors – priceless.