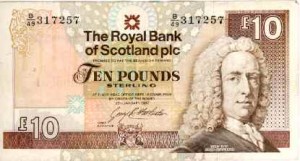 We are now hooked on going to Scotland every Easter. We split our time between Janet’s cousin’s farm on the east coast near Buckie and at Mellon Udrigle on the west coast just up from Gairloch. I have such a great time there and really switch off. It is one of the most beautiful and peaceful places I have ever been. After our holiday in 2013 we returned home with a Scottish £10 note. People are sometimes wary of accepting them in England. 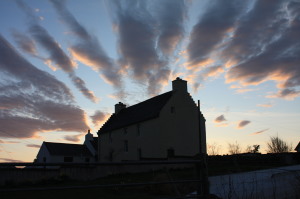 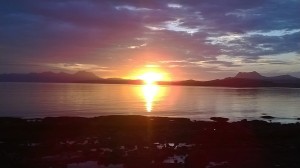 Anyhow – when I came back from our holiday into the maelstrom of work which I wasn’t enjoying I kept consciously not spending that £10 note. I would go to a cash point or use a card instead of parting with it. Every time I went to pay for something it was the first note I saw. I found it comforting it was a reminder of the great time I had in Scotland and that I knew there was more to life. It might sound stupid but it gave me hope.

When I quit my job and started planning my next steps. I was looking forward to so many other things I didn’t need to hold onto the note any longer. I went to look at the camper van we were hiring to go to the Latitude festival and Dave needed a deposit. I told him my story of why the note had spent over three months in my wallet and gladly handed it over.

I still have a Scottish £1 note that has been in my wallet since 1995 but that is another story. 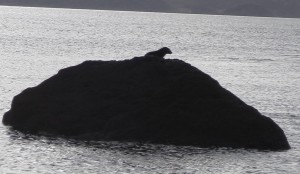 When we went to leave our car wouldn’t start – jump leads worked. I suspect like us it just didn’t want to leave. So have left my new £10 in the car so that it will know we’ll be going back next year!