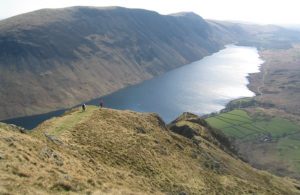 A Cold Swim for Some Hot People

When we were in Wasdale last summer we saw two guys swimming Wast Water  and although we are all now blaming each other, someone (Sarah, Jim or I) said “we should do that next year”.  The vague idea has been in the back of our minds and then, before we knew it, it was Easter and a few months to our annual camping trip.

To complicate matters our local swimming pool has been closed for refurbishments. We’ve had to find other pools and I’ve had the most flexibility and have swum most mornings. It has been much harder for Sarah and Jim to find space in their schedules and swimming a distance takes us some time!

We’ve managed some swims in pairs and one swim together in a lake. Ellerton Lake allowed us to try out our wetsuits, hats, gloves etc and see how we actually swam in open water. It felt good and built our confidence, although we became Sarah, Zig and Zag and discovered that swimming in a straight line is an advanced technique!

We’ve been offered generous tips and advice from random people we have met and Triangle in Guiseley have just been great at giving us straight advice recommending the kit we’ll need.

In a straight line it is a 3 mile swim, it a very deep lake and is therefore cold, hopefully given the recent great weather it will nudge above the 12 C our research shows – but surely it will be warmer on the surface! We’ve been swimming in Ilkey Lido and I’ve become addicted to my 7am swim  – it still feels cold but has been a balmy 20 C! A degree warmer than my swims in June in Tooting Bec and Cambridge two wonderful 100-yard-long lidos. 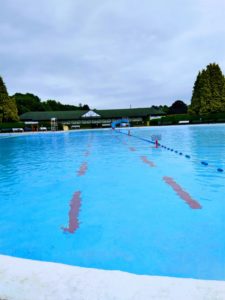 It has been great to have a challenge and a target and has meant I’ve swam much more than I would have done. We hope to make it but if we get too cold – safety first. We’ll have the opposite problem from many homeless people this summer “Homeless in the Heat”.

There are two ways you could encourage and support us:

Please either make a donation via our Just Giving Page to Simon on the Streets or recommend a song to keep us motivated! 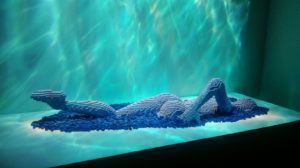 One Stroke at a Time

On Saturday 21/07 we were dropped of at the north end of Wast Water, I won’t share any photos of me struggling to get into my skin tight wet suit but having overcome that hurdle we entered the lake. It wasn’t as cold as we’d expected and I’m guessing somewhere around 15-16C but that is just a wild guess. 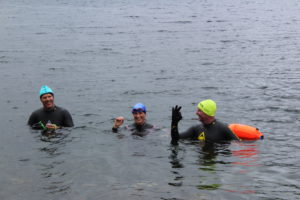 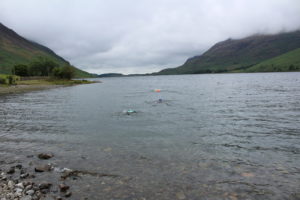 We swam into a slight head wind and therefore swimming against some small waves and a current made me think we’d never round the first headland. 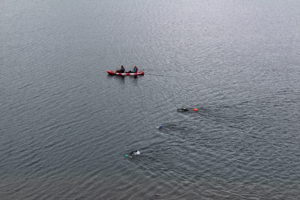 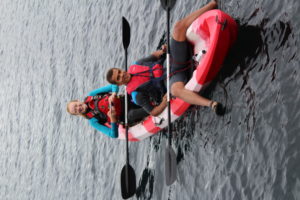 I thought we swam in a fairly straight line but I’m told from those who could see us we did wander off, I tended to pull to the right and Jim to the left. Annoyingly, although Sarah did a few meanders she kept a constant southerly direction. 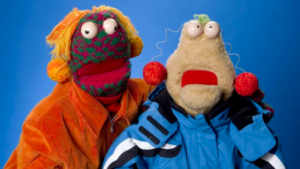 Tom walked along the screes and shouted words of discouragement to us: Me “Are we nearly there yet?” Tom: “No!”- I think it was reverse psychology but it worked. 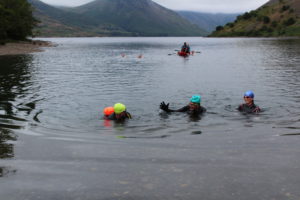 Sarah and Jim swam twice as far as they had ever swum before a really great effort by both of them. 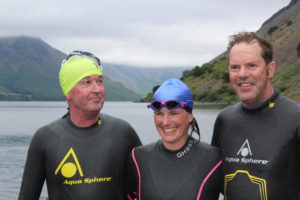 We made it – although I felt a bit disorientated!

We also manged to raise over £600 for Simon on the Streets and you can still donate at the link above! Thanks to everyone for their support, encouragement and kind words to be continued…