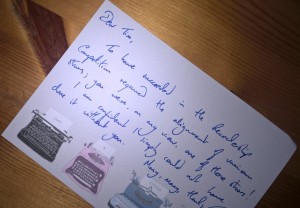 The judicial appointment process continues to evolve but it seems to have reached a bit of a crossroads.  The core problem appears to be the widely held view that the MoJ are unable to attract the required quality of candidates for some High Court Divisions. Hence the launch of the Deputy High Court Judge competitions last year which is being run again as I write.  When the list of successful candidates, from the 1st competition, was finally published it featured many highly respected Silks (although a number of these were already sitting as Recorders) and one solicitor. It is an impressive array of talent and bodes well for future full-time appointments.  The JAC have just announced a 2 track  High Court Judge competition for those who have not previously sat and s9(4) judges.

There is an argument circulating that the judicial pension changes and the package available, coupled with the rise in litigants in person and digital working are making the job unattractive.  The judiciary are heavily involved in the selection process (and rightly so) but with morale low it may well have an impact on their selection decisions. The statutory consultation still causes many candidates concern, due to the length of time and lack of openness.

With the collapse of civil work there have been no opportunities for civil practitioners to apply to sit as a Recorder in their area of expertise for many years. I agree with the notion that if people have the core skills then they can be trained and develop to sit and hear cases in different jurisdictions. But I am concerned that this won’t work effectively for fee paid positions and could jeopardise our justice system. I believe there are different skill sets and experiences required for those who hear criminal, family and the complex civil cases at the Crown or County Court level.

The most recent Deputy District Judge Crime competition had several places ring fenced for civil practitioners. I tried to find out whether this was a competition within a competition and whether “appointment of the best candidates on merit” was being ditched. I did not receive a clear answer and it left me concerned. With the imminent Recorder 2017 competition there seems to be further contradictory messages (Lord Justice Burnett  Martin Forde QC).  I welcomed the JAC’s evolution of more specific competencies for full time roles that reflected the nuances and different needs of court users. It appears to make perfect sense to use these competencies as the bench mark to recruit fee paid judges. However, the JAC have just announced that they will be running a generic Recorder competition in 2017 to recruit 70 criminal & 30 family Recorders.

Of course there should be reviews and continual improvement.  But the selection process has to be coherent, transparent and fair. As someone who has been closely involved in this process for almost 20 years, I have seen it evolve greatly. The competition for places in most jurisdictions has never been so fierce and from the candidates I work with the calibre and quality is as strong as ever.

I will be interesting to see how this Recorder competition pans out but many very able crime and family candidates will not welcome this move to sift candidates by a generic multiple-choice test. But like the lottery – it could be you  – and you do not need to evidence the competencies unless you are one of the lucky winners or good at doing on-line tests?!